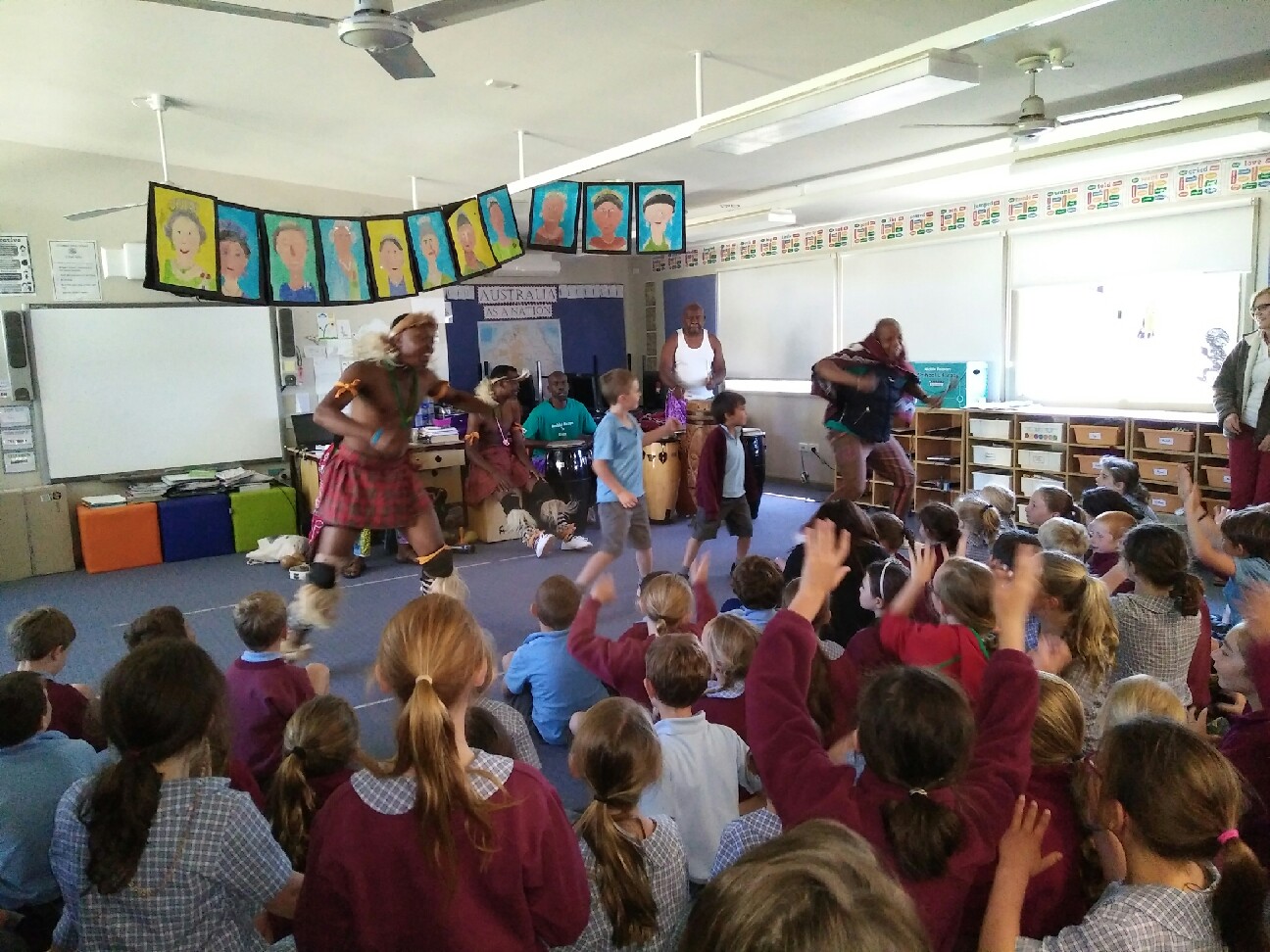 Medleko Meropa are a seven piece music and dance group from Pretoria (Tshwane) and surrounding townships in South Africa.  Drawing on various South African musical traditions, the group use percussion such as drums and marimba, vocals and dance to create a high energy performance which engages with people of all ages and backgrounds.  The members of Medleko Meropa are all highly skilled musicians with international performance experience as well as skills in community engagement and participation.

Workshops included an interactive performance of African music and dance; a drumming circle workshop for groups with their own drums; and dance workshops. Workshops were held in schools around the region over a week in November 2016.

Location: Bathurst, Dubbo and at schools across the Central West.

Funded by: The Office of the Mayor of Tshwane, South Africa.