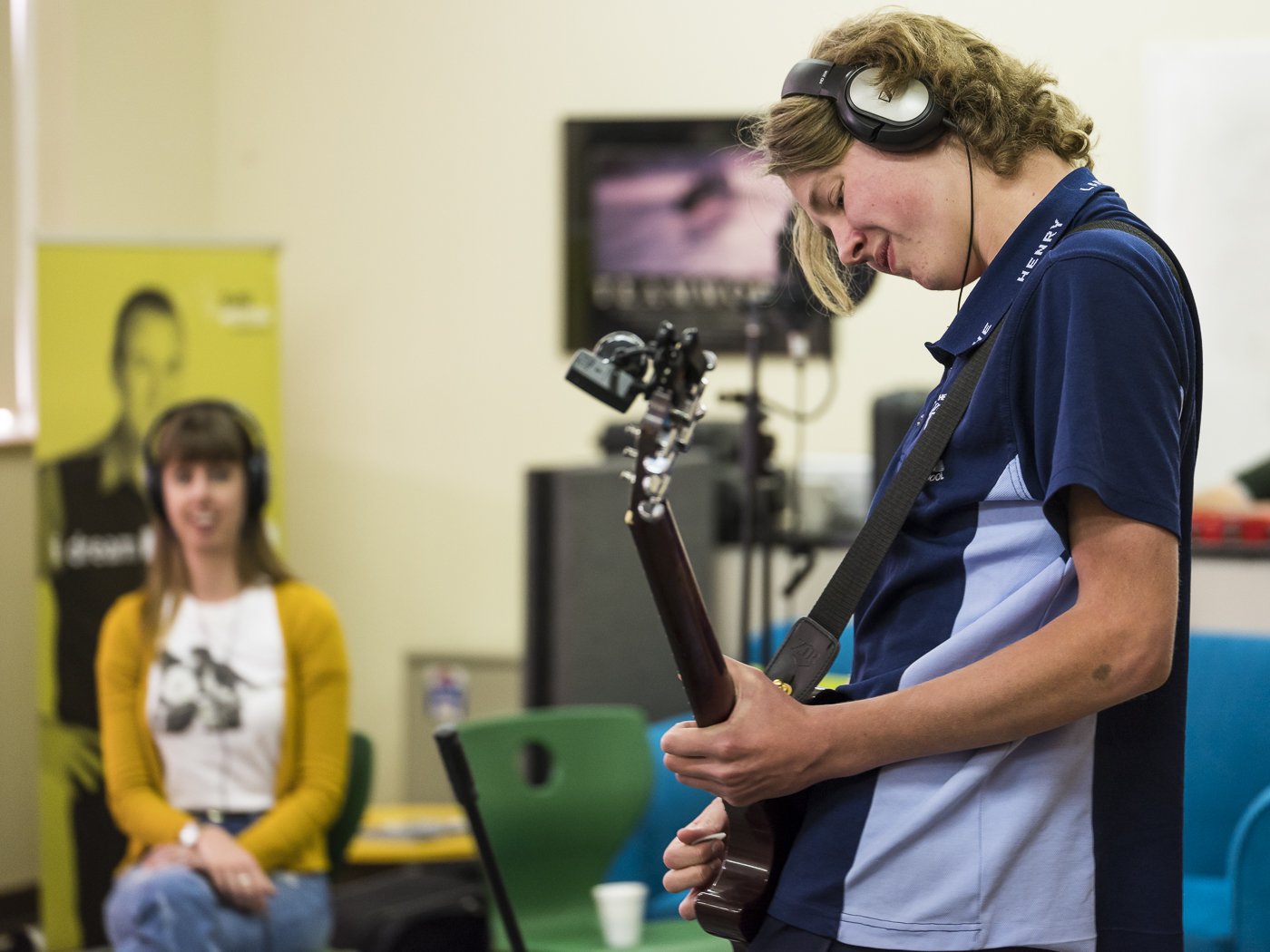 Over four weeks singer-song writer Abby Smith, of the band Smith & Jones, helped participants to write lyrics and music and then fine-tune their new songs for recording and performance.

Lyrics have a focus on men’s mental health, looking at issues such as depression and anxiety.

Writers and performers include men from the Grenfell Men’s Shed and boys from The Henry Lawson High School with special guests. The track was recorded and mixed by Kris Schubert.

The Song-writing for Wellbeing program aimed to increase connectedness between generations and focused on mental health wellbeing with the song-writing used as an outlet for participants to tell their stories.

For those of us in attendance it was a very special day of learning and working together in a supportive and positive environment. Everyone contributed strongly and the input from the 10 THLHS students was inspiring and fantastic to watch. We can’t wait for the next workshop this Thursday!

Some of those involved were already musicians but others are getting into in music for the first time.

“I’m excited by the prospect of many spin-off benefits to our community, including local song-writing skills development and increased connectedness between men of all ages throughout the Weddin Shire,” local project organiser and Grenfell Men’s Shed Treasurer Phillip Diprose said.

“Maybe we’ll even get a song or two that can become something of a local anthem, but most important will be the teamwork and camaraderie that comes from working and learning together on a common activity,” Mr Diprose said.

The mixed final track is called ‘Sunshine on the Peaks’.

Funded by: The House with No Steps Mental Health Drug and Alcohol Services

Thank you also to: Students and staff from the Henry Lawson High School, Weddin Shire Councillors.