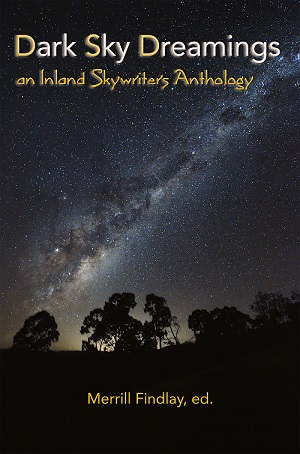 Celebrating millennia of astronomies on the inland plains, Big Skies is a creative collaboration between arts practitioners, astronomers and local communities to share stories about people’s relationships with the cosmos, especially as experienced from Wiradjuri country, in central western NSW.

The broader Big Skies Collaboration is a collection of projects using writing, dance, theatre, music, visual arts and digital installations to engage with people in rural and regional areas on the theme of astronomy. Working across an area stretching from Narrabri to the ACT – the 700 kilometre Array – a team of highly skilled creative practitioners will work with communities over a 2 year period (2017 – 18) in Phase 1. Phase 2 will be the culmination of the work and will coincide with the 50th anniversary of the moon landing in 2019. Big Skies Collaboration is ambitious in its scope, but the different strands allow for the work to nevertheless be manageable and achievable.

There are a number of strands operating throughout the collaboration. The first two componets, with funding received by Arts OutWest from the Regional Arts Fund, were:

The ‘Skywriters and art of Wiradjuri constellations’ projects, funded over two years (2017-2018) through the federal government’s Regional Arts Fund, use writing and visual arts in partnership with major observatories and universities as well as partnerships with writing groups and libraries, Cementa Festival, and local Wiradjuri community leaders.

In 2017, in collaboration with libraries, 12 Skywriters hubs were launched with 106 registered Skywriters and three new community writing groups in inland NSW.

Members of our community also include a few outliers who gave their addresses as the ACT and Sydney; but one of these, novelist Fathia Rahmi Syahroni, is soon returning to Indonesia, from where she plans to skywrite with us on-line.

Those signed up were kept in the loop via regular emails, Facebook group and a newsletter.

An inspiring book of prose and poetry by diverse Australian writers responding to the big sky and wide landscapes of our ‘Inland Astro-Trail’ was launched at Artstate Tamworth.

The many voices of Dark Sky Dreamings speak to the canopy of stars that web our memories, carbon cells and spirit, reminding us that we share the same wide sky. – Tamryn Bennett, Artistic Director, Red Room Poetry

This anthology beautifully tells the stories from the perspective of people who live on the land, and their connection to Space in this most important of astronomical areas. – Brad Tucker, Research Fellow, Research School of Astronomy & Astrophysics, ANU

THE Inland Astro-Trail is an astro-tourism, cultural heritage, STEAM education (Science, Technology, Engineering, Arts and Mathematics) and community development initiative to link and promote sites of astronomical significance in south-eastern Australia’s rural inland, and to bring together new opportunities for inland communities.

IAT Symposium participants discussed the future of the Inland Astro-Trail from many different perspectives and then began the process of developing a strategic implementation plan for this visionary endeavour.

A distinguished array of guest speakers and panels spoke of cross disciplinary approaches to art and science, the value of education programs and event engagement with astro technology, astronomy, sky stories and star gazing.

We were encouraged to see science as a human endeavour available to all and that astro heritage is connected to all cultures.

“We have an array of world-famous astronomical research observatories and sites of astronomical significance which, together, offer us unique opportunities to catalyse new economic, social and cultural opportunities,” said Dr Merrill Findlay, the Central West writer who first proposed the Inland Astro-Trail concept.

“The Inland Astro-Trail would link and promote these sites to funnel visitors to inland communities along existing road and rail networks between Melbourne, Brisbane, Sydney and Canberra.

“It could also support astro-tourism operators, arts and heritage practitioners, STEAM Outreachers, and First Nations groups through a program of special themed events along the full length of the astro-trail.”

The Symposium was followed by the Inland Astro-Trail’s first AGM, and dinner at The Dish Cafe with guest speaker Dr Jane Kaczmarek, resident astrophysicist and STEAM outreacher at the Parkes Radio Telescope.

“We hope to officially launch the Inland Astro-Trail in 2019, the 50th anniversary of the Apollo 11 moon mission,” Dr Merrill said.

Celebrating millennia of astronomies on the inland plains, Big Skies is a creative collaboration between arts practitioners, astronomers and local communities to share stories about people’s relationships with the cosmos, especially as experienced from Wiradjuri country, in central western NSW.