About this event
Co-founder and main songwriter for INXS, Andrew Farriss and 2 x Golden Guitar winner, Andrew Swift are coming together to bring you an intimate evening of songs and the stories behind them.

Never stepping away from being a creative songwriter, since his days in INXS, Andrew Farriss has spent time writing for himself and others in Nashville and Australia over the past 10 years. Now, focussed on his solo career Farriss has infused his knack for writing iconic classics into his love of country music and is doing us all the favour of sharing it with the world.

Going from strength to strength since launching his country music career in 2017, Andrew Swift has been touring relentlessly and has somehow found the time to release two #1 ARIA Australian Country albums, earning him 8 x Golden Guitar Nominations, an AIR Awards Nomination, 7 top 10 national singles and the 5th highest selling Australian Country Album of 2021.

When you put one of Australia’s greatest songwriters together with one of the country’s hardest working country artists, you know you’re in for a real treat. 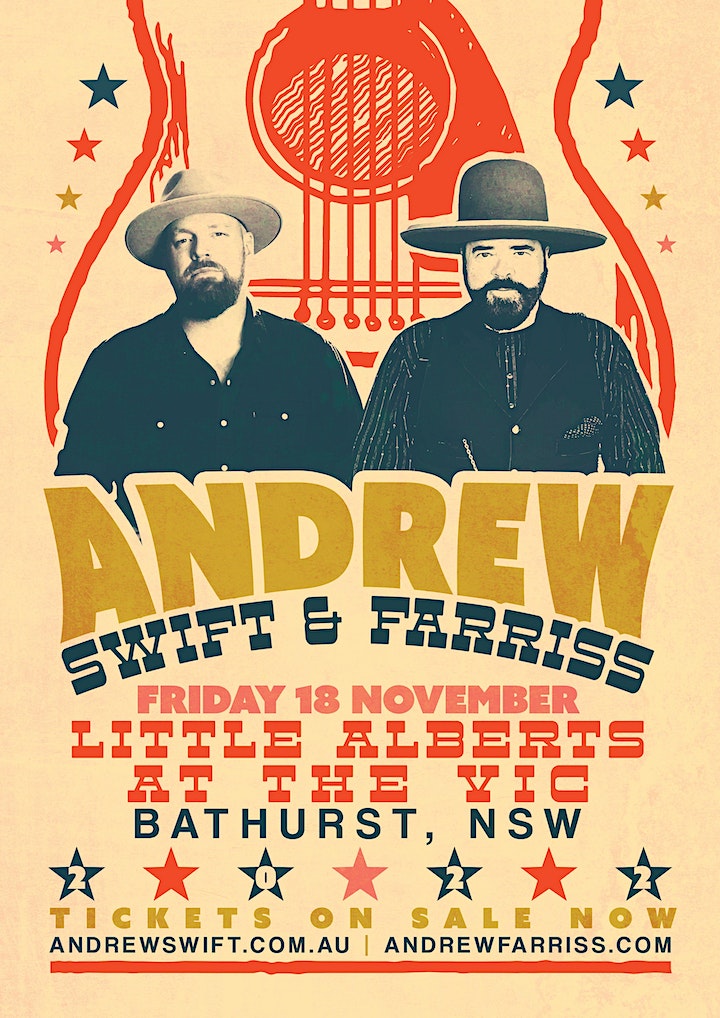 Little Alberts at The Victoria

The best way to include your event is to use our SUBMIT HERE form (under the What's On menu at the top of each page). These listings will be manually approved by the Arts OutWest team before publication.  Please allow a couple of days for listings to be published. If you have submitted an event and want to make changes just email us at artsoutwest@csu.edu.au

Event promotors are asked to only include their own original images / images that they have permission to use / copyright free stock images. For more information see our fact sheet on Using Images For Promoting Events (if you can't see this link look under 'Opportunities' then 'Resources').